Why Body Composition Is Underrated For Powerlifting

While it’s getting better as the sport grows, body composition is not often talked about in Powerlifting circles, and sometimes disregarded completely. What this means is that, in the sport of Powerlifting, the amount of fat athletes are carrying is largely considered irrelevant, the laser focus instead being on the amount of weight they can lift. For Super Heavy Weights - athletes weighing over 265-308 lbs  (120-140k g), depending on the federation - that’s all well and good. But, all other participants in this sport face the challenge of getting as strong as possible within the weight class that makes them most competitive. And that might mean they need to lose some fat. 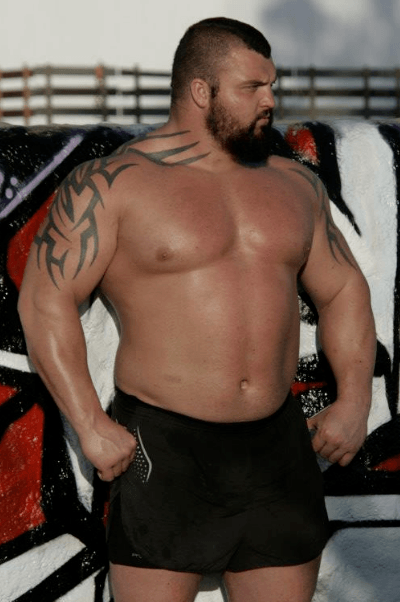 Though Eddie Hall (depicted) is a Strongman and not a Powerlifter, this is often the physique associated with Powerlifting: lots of muscle, but also lots of fat. This build is actually rare among accomplished Powerlifters (the relatively small number of SHW athletes notwithstanding)

A lot of my clients that compete in Powerlifting get a bit thrown when I recommend losing some fat. “If Powerlifting is a sport of strength”, they think “then why should it matter if I’m carrying some extra fat?” After all, the stereotype is that Powerlifting is a sport whose athletes let is all hang out and don’t need to concern themselves with those extra pounds. As the old joke goes, if you can’t get lean enough for bodybuilding, you can always be a Powerlifter instead!

The problem with this thinking is that Powerlifting is a sport with weight classes. That means that you are bound to compete with people of a similar weight to you, and that the strongest within each weight class group will win. Put more directly, if your competitor is leaner than you but you’re very close to each other in weight, by default, he will have more muscle than you. And muscle, of course, is a key determinant of strength (as all competitors can be assumed to have at least adequate technique and neural efficiency).

Let’s say you’re competing in the 165 lb class (75k g), and have 18% body fat, while one of your competitors has 12% body fat. You have 135 lbs of Lean Body Mass (anything other than fat), while your competitor has 145 lbs of it, 10 lbs more than you. Assuming all else is equal, because he has more muscle than you, you will lose.

There’s also the idea that fat makes you stronger, so it’s fine to have extra body fat. We all know that it’s easier to get stronger if you’re gaining weight, even if that’s mostly fat (think typical “dirty bulk”). Does that mean fat makes us stronger? No, not really. Fat doesn’t contract, and it can’t contribute to force production, so it can’t actually make you stronger. We may however feel stronger when carrying more weight for two main reasons:

1) More food: You have an easier time getting stronger because you’re simply eating more food. It’s not that fat itself is helping, but rather that consuming more food yields both fat gain and more fuel for training. More food will also make you hold more water, which improves leverages.

2) Bigger belly: If you’re carrying enough fat in your gut, it might actually help your squat, by rebounding out of the hole via compressing against your thighs. It may also help with the bench press, since a bigger gut implies a reduced range of motion (if you touch low enough).

While this second point applies to fewer of us, the first is more universal: being or getting fatter, usually also makes it easier to get stronger. Again, however, because Powerlifting is a sport with weight classes, increasing your body fat, and hence bodyweight, will likely work against you.

For these reasons, as a rule in Powerlifting, you want to be as muscular as possible while also being as lean as possible. While not to be taken literally, this simple rule dictates “filling” / using your weight class to the fullest. In other words, your extra fat is “wasted weight”. Drop it, and you could jump down a weight class or more, where you would be a lot more competitive. Another good rule of thumb is that the lighter your weight class, the more competitive you will be in it.

Relatedly, a this 2013 study showed that increasing 1 kg of muscle mass is comparable to improving 5-8 kg for the Squat and Deadlift and 3-5 kg for Bench press in male Powerlifters. More proof that the higher the weight class, the higher the strength standards, and the lower the class, the lower those standards. As such, being lean enough to be in the lowest feasible weight class means you don’t have to get as strong as you would to compete in a higher one. And, while hypertrophy and strength don’t always go hand in hand, they’re certainly heavily associated. For more on this correlation, check out Greg Nuckols’s 2015 and 2016 articles on muscle size and strength.

A word of caution here on the limitations of leanness: bluntly put, getting too lean will make you feel like shit! Your hormones might start to get affected, your mood will be shot, your sessions will start to suck, and the list of adverse effects goes on. While the level of leanness at which these rear their heads varies from person to person, this will generally occur at the 10-15% body fat mark (having largely to do with your set point, but that’s another article in its own right) Suffice it to say that the goal is to get as lean as you can while maintaining your wellbeing and productive training!

However, importantly, your sense of wellbeing should only be measured after you have dieted down. The physical and psychological stress of dieting will almost always make you feel worse than usual, but this reduced sense of wellbeing during the presence is not an indication that you’re getting too lean. If, on the other hand, you continue not to feel as good as you used to or fail to have training sessions that are as productive as they used to be a few months into maintaining your post-diet weight, you may have gotten too lean for Powerlifting.

Remember that the main point of getting leaner is so you can move down a weight class where you can optimize your competitiveness. So, if you’re already lean enough where doing so isn’t feasible, you can likely skip the diet. 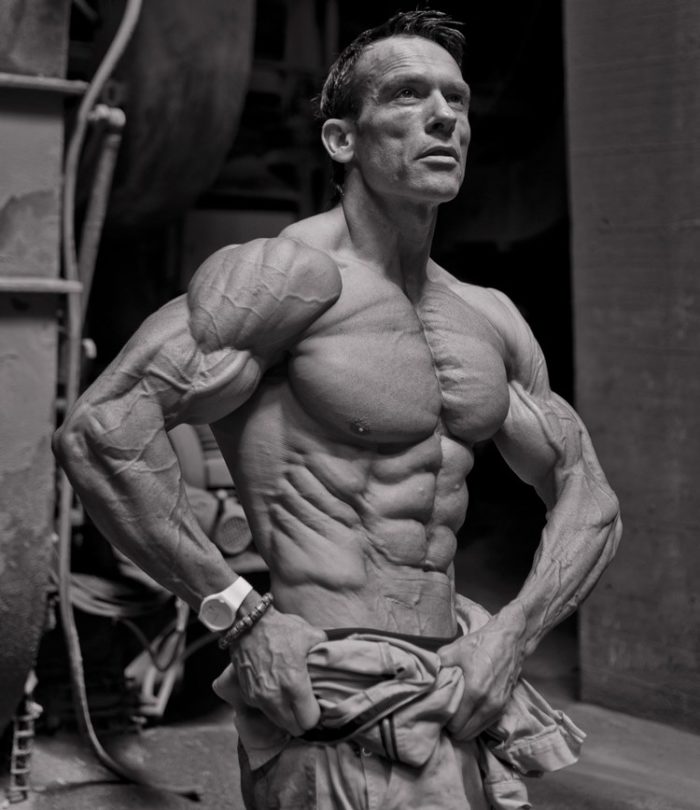 While being lean is a good idea for Powerlifters, being as lean as a bodybuilder or fitness model would likely adversely affect your performance, making you less competitive.

Even if you can drop a weight class and be more competitive, it’s not all rainbows and unicorns. Dieting by itself is already tough for those who don’t do rigorous training, but those who do have it even harder. Most athletes have a very hard time progressing in their sport while dieting, unless they’re new to training or they have a very large amount of weight to lose. For everyone else, dieting spells trouble for getting stronger or even maintaining their current strength level. While there is variance from one athlete to the next and dieting methodology plays a role, even favorable predispositions and effective approaches to dieting leave most fighting to hold onto their current strength level, and often result in some strength degradation. On the extreme ends of this spectrum, the unlucky will lose a significant amount of strength while a small, fortunate minority will walk through their diet seemingly unaffected. While there is no silver bullet to place someone in the latter category, here are some strategies that can help the most:

To reiterate, even when employing all of these strategies, many will be unable to gain strength or even maintain their lifts. One of the most appreciated things about Powerlifting is how easy it is to quantify progress in this sport: you squatted 365 for 5 last month, now you did 385 for 5! It’s a great feeling. Dieting often means foregoing such affirmations of progress, but seeing your numbers stay steady or even decrease, which can be a tough pill to swallow for our motivation and egos.

One way to cope is by keeping track of your Wilks score. Let’s say you’re 180 lbs. Your total used to be 1215 and you had 372 Wilks. You lost 10 lbs. You’re now 170 lbs, and your total decreased by 15 lbs, so you’re feeling pretty discouraged. However, you now have a 381 Wilks! That’s an extra 9 points. To increase your Wilks that much while saying at 180, you would have added 30 lbs to your original total. Even though you lost strength, your Wilks improved, and that’s progress! You’re heading in the right direction, that’s what matters. And to top it off, know that you will regain any lost strength much faster than if you were obtaining it for the first time.

Don’t forget this is a long term game. You won’t diet forever. Eventually, the diet will end, and,  once you’re eating normally again, you’ll get back to where you were in a flash. So keep your eyes on the prize and don’t get hung up on short term setbacks.

– In general, you want to be in the lowest weight class possible, so you can be your most competitive.

– That means you want to be relatively lean. If you’re a bit overweight, you can likely drop a weight class without too much hassle.

– Dieting might make it hard to get stronger, but suck it up! Once you’ve completed your diet, you can easily get back to your pre-diet strength level, and be a better, more competitive Powerlifter than you’ve ever been!