7 Tips to Dining Out While On a Diet

It’s finally date night! The one night a week (or a month, or a year…), you get out of the house and have some fun. But, now you’re on a cut. You don’t want to totally “blow up” your diet, but you want to enjoy a nice meal out. What do you do?

The most important factor is to let go of the “all or nothing” mindset.

This is the biggest game-changer and hence the biggest focus of this article. When people eat out and are unable to stick with their usual diet, they have the habit of thinking they’re off-diet. There’s nothing they can do, right? This is what makes it so problematic, and it’s a bad way of thinking!

It’s a logical fallacy normally referred to as a false dilemma. It’s either black or white, one or zero, all or nothing. This is obviously not true. Just because you can’t follow your diet perfectly doesn’t mean you’re “off-diet”. People have a tendency to have this mentality in everything in life, but in the context of dieting, it is especially bad. 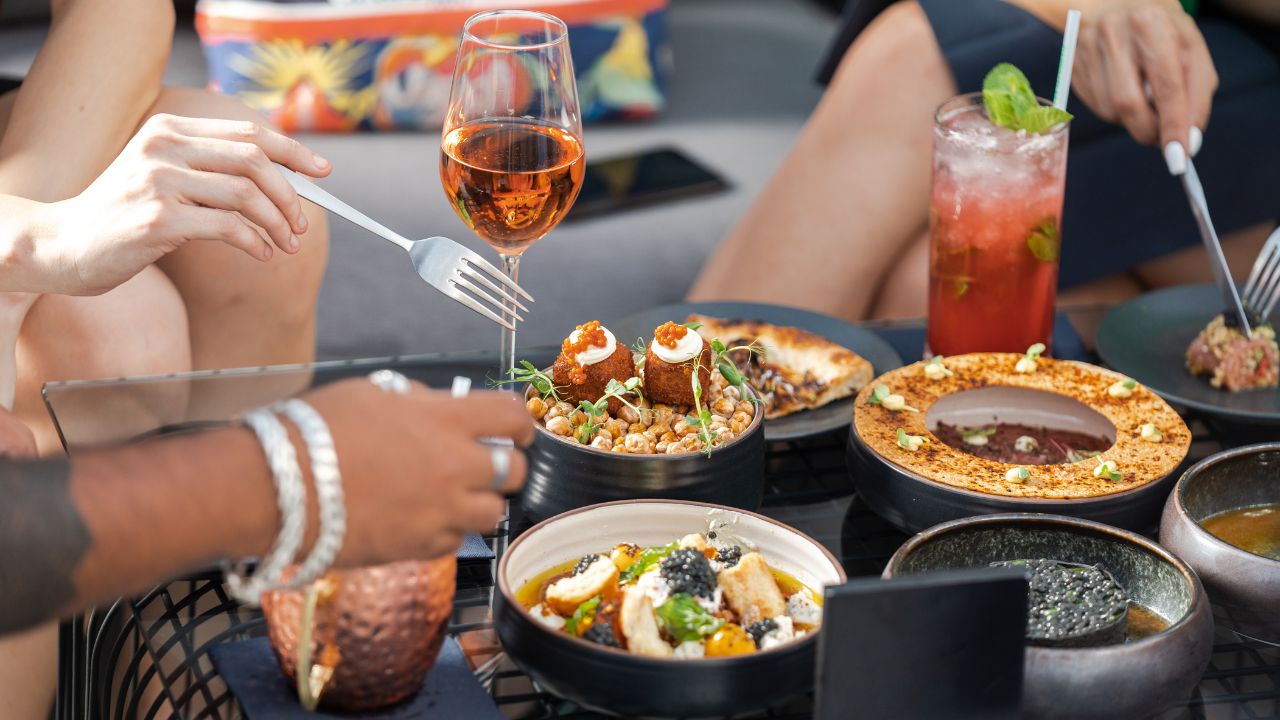 Let’s consider 2 different hypothetical people, with both going to a family dinner:

Emma has an off-diet mindset, she doesn’t care how much she eats today. She’s just going to forget she’s dieting for the next few hours and enjoy herself. Diana, on the other hand, is still aware she’s on the diet and will try not to overeat as best as she can. Let’s say both their maintenance calories are 2400, and they are in a 300-calorie deficit.

Emma, who didn’t care about what she’d eat that meal, ended up eating 2500 calories (trust me, it’s not that hard). Diana, despite trying not to over-eat, ends up eating 1500 calories. It’s dinner time, so let’s assume they both ate 2/3 of their usual calories before going out to dinner.

Emma had a total of 4100 calories, and Diana had a total of 3100. Person A overate 1700 calories in relation to their maintenance, while person B only over-ate 700 calories. To put this in perspective, Emma consumed enough calories to counteract the deficit from the previous 6 days vs 2 days from Diana.

They both went to the dinner, and they both overate, and yet, the outcome in each one was massively different. While one had a setback of almost a week, the other one was a weekend, three times as few! There’s no “on” and “off” switch; the more you eat, the more harm you will do.

Before dining out, eat a meal. Yes, that sounds crazy, but the fuller you are BEFORE going out to eat, the less food you’re going to be tempted to eat simply because you won’t be able to fit any more in! (Unless it’s a mint; those are “wafer thin.”) The closer this “pre-game” meal is to when you’re heading out to a restaurant or other social event, the better.

If you know your caloric intake is going to be high for a specific meal (like a fancy dinner at your fav restaurant to celebrate your new job), an easy way to offset this is to move your macros simply! Ideally, your total daily calories still shouldn’t change. Moving macros between meals is the most highly-ranked feature in the newest version of the RP Diet App!

Prioritize your food! If you’re looking forward to dessert, don’t fill up on the bread, butter, chips, and other freebies restaurants provide while you’re waiting to order. Try to eat less caloric and more fulfilling food first. Get your lean protein and veggies in before moving to the other dishes (like that dessert…).

Drink plenty of water (diet soda works in a pinch too) before and during eating. You’ll feel fuller, which will help limit how much food you eat. Eating less restaurant or fast food will impact your diet less, and you might even hit your water intake goals for the day! #bonus

If you’re presented with two choices, and you know one is lower in calories (and we know that you know 👀), go for that one. Sometimes it’s hard to know *exactly* how many calories are in restaurant meals, so do your best.

Just because you’re eating out doesn’t mean you have to eat until you feel sick. If there’s ice cream and you want to try it, go ahead! You don’t need to grab seconds and thirds, though.

Life happens, and sometimes you can’t stick to your diet plan perfectly. That doesn’t mean you have to ruin the progress you’ve been working so hard for! It is possible to have a social life and still achieve your body composition goals. Just follow these tips and stay consistent. And having a flexible plan with the RP Diet App helps tremendously!