Tips for a Productive Mass Phase

So ever since I finished this last cut and the peaking process, I’ve been MASSING. The goal for me is as follows:

Ideally if this goes well, I might end up with about 5-10lbs more muscle that would of course be AMAZING, but we’ll see what happens.

However, all best-laid plans aside, massing after a cut (be it a show or just a regular fat loss phase) has some BIG pitfalls. I’ve learned some VERY powerful strategies to prevent those pitfalls and I’d love to share them with you here. The two big pitfalls of massing are:

The first pitfall sucks because you don’t make gains unless you gain weight, and in anyone that’s not just starting out or under some other very unique conditions, gaining muscle without gaining any fat is just not realistic. If you’re trying to stay your leanest year-round you’re not going to be adding as much size as you can over time (read more about that here on the tradeoffs of peaking), period.

The second pitfall sucks because muscle only grows so fast, and the fatter you get, the more resistant your muscle becomes to growth. So if you balloon up and eat everything in sight after your cut, you quite quickly gain tons of fat and actually end up being in a physiological situation conducive to less muscle and more fat gain quickly. That’s time you could have spent gaining muscle instead!

The right approach in my view is to take the middle road between these pitfalls. In most cases, the best post-cut massing plan is to go slow and steady, about ½ percent of your body weight per week for around 2 months after the conclusion of your fat loss phase. That means you’ll gain some good muscle, but you don’t get too fat too fast while doing so.

But the biggest challenge to go the middle road is to resist the temptation to start cheating like crazy and to start eating everything in sight. After a big cut, especially when the psychological realization of the diet’s end is coupled with the realization that you don’t actually “have to” be in shape for anything for a while, you can be very tempted to just rock out and eat the world, getting too fat, too quick in the process and worst of all, short-cutting your muscle gains. 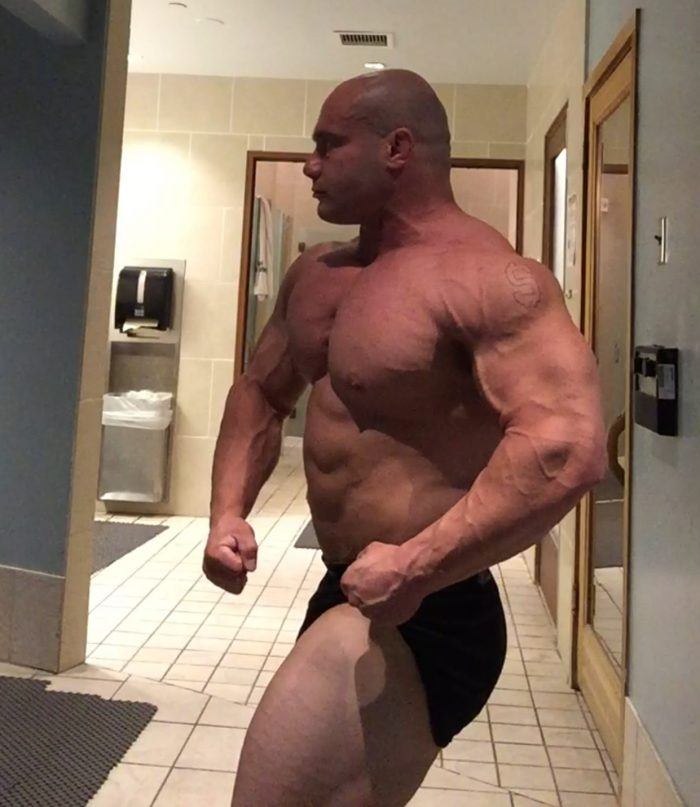 Here are some basic strategies that I’ve been using post-diet and recommend for you to try. They’ve worked incredibly well so far, and I’ve never had a better post-diet “rebound” (or a lack of one, actually):

1.) Set your calories and stick to that plan, even in the first week.

Yeah, you want to eat 1000000 calories after your diet. Bad news: this will make you fat too fast. Good news: your maintenance calories are much higher than what you were dieting on. Better news: your MASSING calories are higher still! For example, while I finished my diet at just under 2500 calories, my maintenance level is actually closer to 4000 even with a lowered post-diet metabolism. And my mass calories are 4500. When you hear “don’t go crazy after the diet,” sometimes that might sound like “keep your cutting phase calories.” But in reality, a slow and steady mass is LOADS more calories. No, it’s not 8000 calories like you FEEL like eating, but it’s a lot more food and a lot less painful to endure than you might first think.

Ok, so you’re consuming the regular massing calories to slowly gain, but your hunger levels are still going to try to get you to eat MORE than even this for the next couple of weeks as your physiology resets. Your body doesn’t want slow and steady gains in muscle and fat… it wants all the fat back ASAP! One of the anti-hunger tools you can use is a higher than normal protein intake. Whereas you might normally mass on 1g per lb of protein per day, trying 1.5g per pound per day for the first couple of weeks might really help zap that hunger. You might be tempted to eat 2 boxes of kids cereal after a diet, but 3 chicken breasts… meh, that might knock the hunger down a bit.

Further along the hunger control route are high volume foods with lots of fiber. Foods such as veggies, fruits, whole grains, and lean dairy products can be super filling while not overloading you on calories. My go-to items in the cut-mass transition are LOADS of veggies in my high protein main meals, plenty of fresh fruits, and LOTS of fat free Greek yogurt. I don’t care who you are, there’s only so much Greek yogurt anyone can eat!

4.) NO CHEAT FOODS right away.

If you start with cheat foods right away, this can do two things. First, it can multiply your dietary fat levels wildly, resulting in an easy way to exceed needed calorie levels. Secondly, it can make you crave such foods more and crave your leaner foods less, which basically just takes you down the road to even more cheating. Nothing beats cheesecake, and once you’ve had it, quest bars just won’t be as pleasing as they once were!

However, if you save your first “cheat meal” until a week, two, or three (I’m doing 3 weeks) after your diet stop, you can re-introduce lean foods that allow you to enjoy, eat a ton, yet keep calorie levels in check. Once you’re ready to start including real cheats, I PROMISE they will still taste amazing and now, when you’re ready for them, they won’t balloon you up as if you’d included them too soon.

My go-to foods to enjoy in the weeks before cheating are smoked salmon (yes, I’m Russian after all lol), lean chicken sausages with veggies, wheat thins dipped in Greek yogurt, fruits, low-fat mayo and fat free cheese with turkey sandwiches and…. PROTEIN BARS. After a diet, I honestly can’t tell the difference between protein bars and regular candy bars. No joke, they taste just as good. And with Quest coming out with a new bar flavor seemingly every minute, there’s lots to choose from! Just warn your friends… you will be a farting machine for a couple of days after re-introducing protein bars!

Enjoy these lower fat and more filling foods within your calorie allotment early, and as the weeks go by you’ll notice your hunger levels fall off pretty substantially. When you’re much more back to normal and are not on red-alert for binge-mode, and when your metabolism is really starting to kick up and you might actually NEED to eat more to keep gaining, then some REAL cheat meals can be thrown in!

By doing SOME cardio in the mass phase, you can sensitize your muscles to absorbing nutrients, reduce fat accumulation and thus put on more muscle with each pound of tissue you add, promote recovery from hard weight training and be able to eat more food while staying on track for weight gain! I’ve included cardio in my mass phase for the first time ever this time (though I’ve done BJJ for years and that’s helped a lot), and it’s going GREAT. How much cardio? About half of what you were doing. For me that means like 200-300 calories at a time, about 5x a week. That’s SO EASY… it’s like 25 minutes for me each time! All those benefits at a very small investment… and PS it’s gonna make you feel better and it’s great for your health!

Thanks so much for reading, and I wish you the best of luck in your fat loss and massing journeys!


All of the pics below were taken in the 2 weeks post-cut. Still in the low 230s, coming up nice and slow to take the most advantage of being lean! UPDATE: Still quite lean and now approaching 240… this approach worked!! 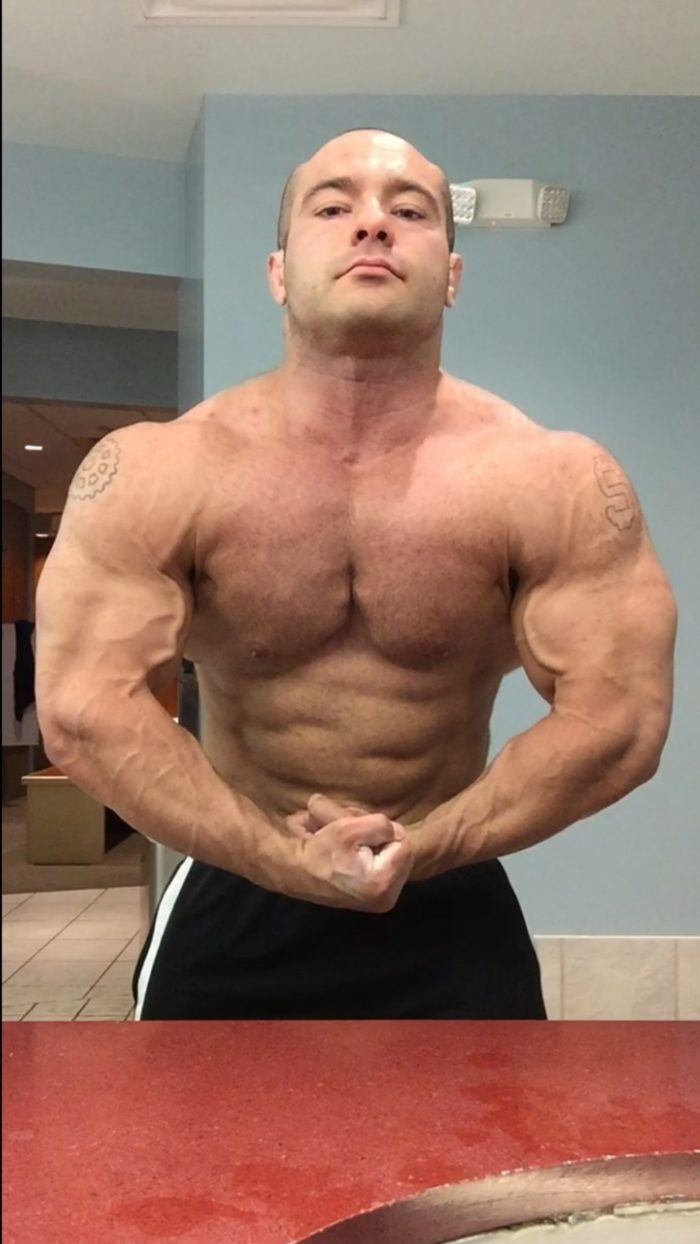 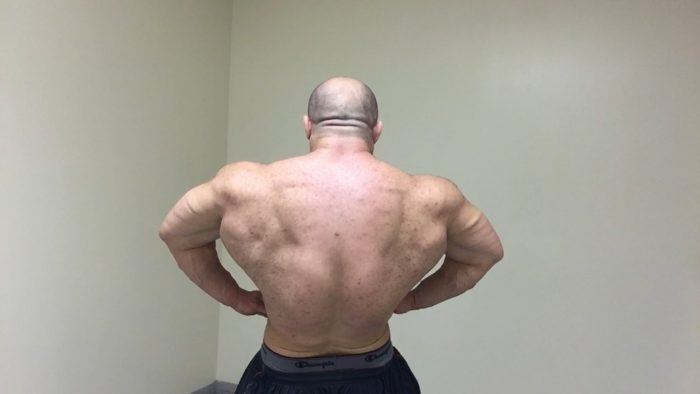